Mark Kenward, a Bay Area Theatre Critics Circle Nominee, has performed his work in over 35 cities throughout the US and Canada, including a reception for The House of Representatives and several runs at The Marsh. He is also the director of several successful solo shows, including three that have had runs at The Marsh: Howard Petrick’s Rambo: "The Missing Years", Kurt Bodden’s Steve Seabrook: "Better Than You," and David Kleinberg’s "Hey, Hey, LBJ!." Other credits: Marsh Theater director David Ford for story development, Julia McNeil for character work and Rebecca Fisher for general direction points. 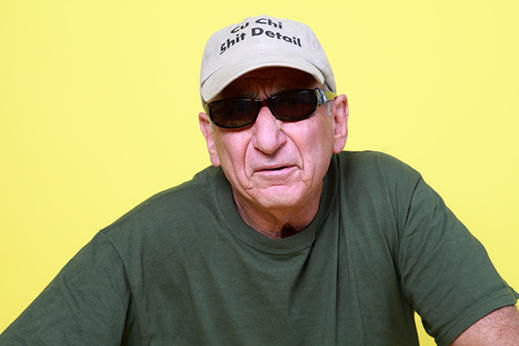 Hey, Hey, LBJ! is a rivoting solo performance that charts David Kleinberg's year as an army combat correspondent in Vietnam, a powerful work on the most divisive foreign war in American history. Acclaimed by Washington Post, ex-Rolling Stone senior writer (“must see!”). The performances at the Festival follow a sell-out run at San Francisco’s Marsh Theater. David has just returned from Vietnam (his first time back in 50 years) where he performed LBJ in Ho Chi Minh City.

David Kleinberg is a San Francisco native who was the editor of the San Francisco Chronicle’s Sunday Datebook for 14 years during a 34-year editing/writing career at the newspaper. He is also a stand-up comedian who has appeared with Robin Williams, Dana Carvey, Sinbad and Richard Lewis. David was an army combat correspondent for the 25th infantry division from 1966 to 1967. This is his second solo theater work after his break-through work The Voice.
Do you like this page?
Tweet
Fight your California speeding ticket and win here. Fight your red light camera ticket here. Fight your cell phone ticket here.